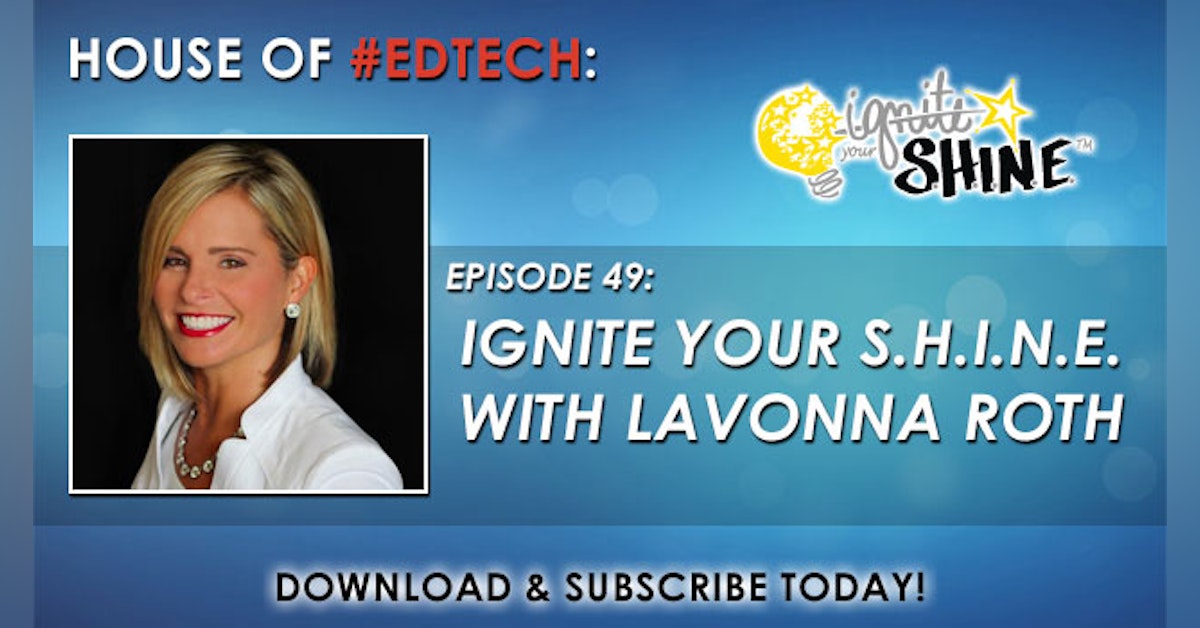 LaVonna Roth has influenced over 25,000 educators, students, and organizations with down-to-earth strategies and insights into the most common and frustrating educational, behavioral issues. LaVonna is also the inspiration behind Ignite Your S.H.I.N.E.

LaVonna Roth has influenced over 25,000 educators, students and organizations with down-to-earth strategies and insights to the most common and frustrating educational, behavioral issues. LaVonna is also the inspiration behind Ignite Your S.H.I.N.E.
Follow LaVonna Roth

LaVonna Roth, has been an educator for over ten years and has been recognized at both the local and state levels for her teaching successes. LaVonna credits her classroom success to how she managed her classroom and engaged students with effective hands-on lessons.

Currently, she is an education consultant based out of the Tampa Bay, Florida area and kicked off her Ignite Your S.H.I.N.E. intiative. She is truly committed to bettering others, so they can better themselves.

Appear.in – lets you communicate in the most natural way; seeing the person you’re talking to, hearing their voice and taking in all their body language.

How can you use appear.in in the classroom? 6 ways…

1. Talking to students in another country in a language class

2. Playing Kahoot! quizzes with other classes

3. Allowing students to call into class when they’re not able to get to school (because of illness, disabilities, snow, security threats, etc.)

5. Meeting with students and parents

6. Communicating with students during group tasks or projects, where students work in different rooms around school.

Previously, Ross was an Elementary Assistant Principal, and before that taught for six years as a fourth-grade teacher. He graduated from Muhlenberg College in 2005 with a Bachelor’s Degree in Spanish and received my Master’s Degree in Special Education from Lehigh University in 2007. During his time at Lehigh Cooper received certifications in Elementary Education, Special Education, and Middle-Level English.

In the summer of 2011 he became an Apple Distinguished Educator, and in the spring of 2012 became a Google Certified Teacher.

When not educating or going to school, he enjoys eating steak and pizza, exercising, reading books, and playing on his computer.