What Educators Can Learn From Yankees OF Aaron Judge 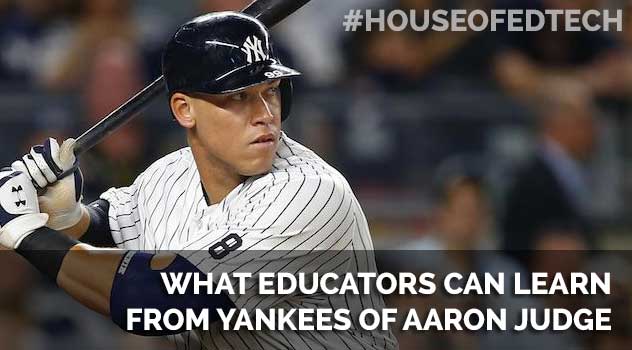 My love of both baseball and education often had me looking for parallels between the two and this isn't hard to do. My latest revelation came when I recently attended two Yankee games within a two-week span. At both games, I had the opportunity to see all the "Baby Bombers" up-close, including outfielder Aaron Judge.

Judge is off to a great start in his first full season in the majors and as I write this he tied for the league lead in home runs and is in the top-5 in a number of other categories. He's loudly cheered by Yankee fans and very recently the Yankees created an area of 12 seats in right field called, "The Judges Chambers." Fans in these seats are given judge's robes, a white wig, and gavels (to keep) in supportive gimmick for Aaron.

How does Aaron Judge relate to education and what can teachers learn from him?

I liken Aaron Judge to a first-year teacher for numerous reasons. He's trained for a number years in the minors (undergrad education program) and now he's secured a full-time position (starting outfielder on MLB team) after a bit of experience the year before (student teaching).

Judge's youthful nature and fresh perspective have been a breath of fresh air for the Yankees ( a school with a long history and tradition).

Aaron Judge is the teacher and Yankee fans are the students in my mind. Aaron has demonstrated the ability to capture our interest not only with his skills (content knowledge) but more importantly with his ability to make a connection and quickly develop a positive rapport with the fans (again, students).

Between innings, he plays catch with a batboy and when he's done he throws the baseball to a fan. He's not able to give everyone a baseball but for 8-9 people, he's making an impact. Paul O'Neill, a retired fan-favorite, did not throw balls into the stands. The warrior is still loved, but no baseballs were thrown.

Judge is doing it differently AND being successful. He hasn't been told by Yankee brass or teammates (administrators and colleagues), YET, that that's, "not how we do things here." or a reason to not act this way being, "this is how we've always done it."

He acknowledges the fans who chant his name much frequently throughout the game which is different from many previous Yankee right-fielders. A reason to not act this way hasn't been, "this is how we've always done it."

But, Aaron Judge could arrive at Yankee Stadium one day soon and be told by Joe Girardi, Yankee manager (aka admin) or another team official, to not throw balls into the stands and not high-five kids and fans as he runs off the field.

Aaron Judge might be asked to conform to 'out-dated' past practices of baseball the same way a teacher might not be supported to explore new teaching practices or be told that the positive and genuinely good rapport and relationships they've developed with students are inappropriate.

In terms of development, Judge doesn't just grow as a player during the season and only on game day. He workouts on off days and there is no off-season when it comes to getting better at his craft.

You also need to put in work on off-days and if you're a teacher, is there really an off-season? 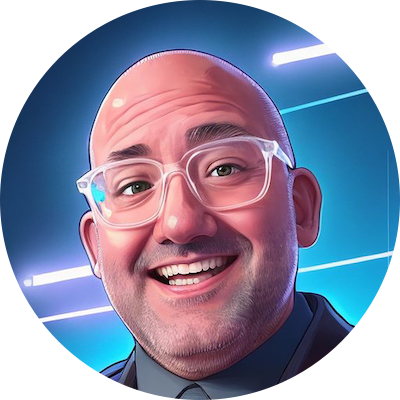 Christopher J. Nesi is an education technology leader and podcaster who is dedicated to advancing the use of technology in the classroom. With over a decade of experience in the education sector, Christopher has a deep understanding of the role that technology can play in enhancing teaching and learning.

In addition to his work in podcasting, Christopher is also an active leader in the education technology community. He regularly speaks at conferences and workshops, sharing his expertise on the effective use of technology in the classroom. Christopher is passionate about empowering educators to harness the power of technology to enhance their teaching and improve student outcomes.

When he's not podcasting or teaching, Christopher enjoys spending time with his family. 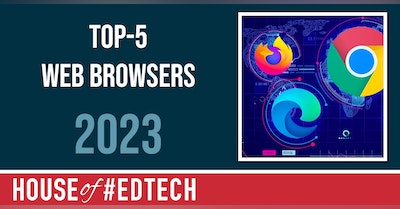 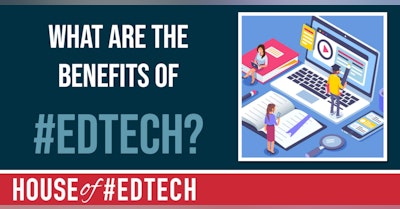 Benefits of Incorporating Technology into Your Lesson Plans